Customers can Get Simplisafe and take advantage of the top portable wireless home security system at www.getsimplisafe.com. 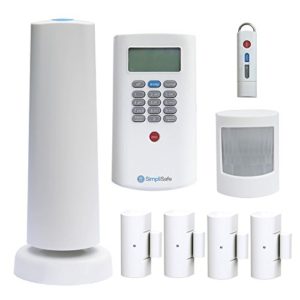 Simplisafe is an alternative home security system that is advertised frequently on radio and television commercials.  It is a solution for customers that are looking for 24/7 monitoring for their home without having to lock into a 2 year contract like most other home security monitoring services require.

With Simplisafe you only purchase the equipment which is portable and wireless which can be taken with you if you decide to move.  It is also a self-installed unit that is easy to setup which you can keep for years to come while safely securing your home.  The monthly fee for monitoring is $14.99 per month.

New customers can purchase their very own Simplisafe home monitoring system by visiting www.getsimplisafe.com or by visiting Amazon and purchasing a Simplisafe unit there.  Amazon offers a variety of Simplisafe products for customers including deluxe packs.  Customers can choose from a 5 piece unit up to a 16 piece bundle or units that include the Nest Thermostat.  Visit Amazon to compare prices with Simplisafe’s website here.

SimpliSafe Home Security System is a no contract wireless home security system that includes wireless sensors requiring no expertise to install along with 24/7 monitoring.  For just $14.99 per month homeowners can enjoy the same type security service as a traditional alarm service offering a 2 year contract at almost triple the monthly fee.  If you are in need of a great affordable security system for your home then consider Simplisafe. 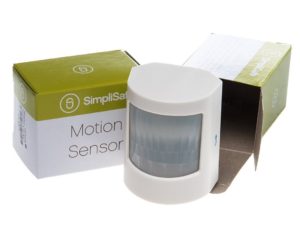 With Simplisafe Security users can do everything themselves to install and setup their home security system exactly the way they want it.  When it comes to installing the sensors around the doors and windows there is no need to drill holes in your wall for wiring or for attaching sensors.  They can instead be put in place with the use of adhesive pads which causes no mess, just peel and stick.

The system does not require a phone line or internet service to operate but instead uses an independent cellular connection to communicate with the monitoring center which means in the event of a power outage, down phone line, or down internet connection the system will still be operational.  It is also powered by lithium batteries that will last for 5 years so you won’t have to worry about power outages in your area downing your security system.

Simplisafe customers are provided a free app that works with Android, iPhone, and Windows phones allowing you to command your system wherever you are.  The app can be used to remotely arm and disarm your security system wherever you are.  The app enables users to check the status of their security system through the app dashboard.  Any activity that occurs inside your home will send out a notification to you so you’ll be aware.

Another great feature with this system is it’s completely portable.  If you decide to move to another home take your system with you and set it up again.  It will be completely functional and operate as normal.

This site uses Akismet to reduce spam. Learn how your comment data is processed.

By continuing to use the site, you agree to the use of cookies. more information